Delve into Witten in Germany

Local time in Witten is now 09:02 PM (Tuesday) . The local timezone is named " Europe/Berlin " with a UTC offset of 1 hours. Depending on your mobility, these larger destinations might be interesting for you: The Hague, Haarlem, Amsterdam, Brussels, and Witten. While being here, you might want to check out The Hague . We discovered some clip posted online . Scroll down to see the most favourite one or select the video collection in the navigation. Are you curious about the possible sightsseing spots and facts in Witten ? We have collected some references on our attractions page.

When I was a young boy (by Dirk Guttzeit ©)

The Hohenstein is the central forest of Witten,. As a forest its name is just "Hohenstein". But "Hohenstein" is also the name if a city-district of Wittens borough "Mitte". It has the district-number 19. As a district it has nearly no population. As a forest the Hohenstein is well known in the region, the "Mittlere Ruhrtal" because of its Berger-Denkmal, from which visitors have a view over the whole Ruhr valley between the cities of Witten and Wetter.

Since 1929, Annen has been a part of the City of Witten. As one of the eight boroughs of Witten, it is now called Witten-Annen. Before the incorporation with Witten in 1929, Annen was part of the administrative district Landkreis Hoerde. Today, Annen has about 19,000 inhabitants. Witten-Annen has an institute for Waldorf pedagogics, as well as a Waldorf school. This school annually hosts the international eurythmy festival, Forum Eurythmie.

Since 1975 the former city of Herbede is a part of the city of Witten. As one of the eight boroughs of Witten it now calls Witten-Herbede. Before the incorporation with Witten in 1975 Herbede has been a city in the administrative district Ennepe-Ruhr-Kreis. Herbede is placed about 5 kilometres southwest of the City of Witten in the southern Ruhr area in the Ruhr valley and has about 15,000 inhabitants today. 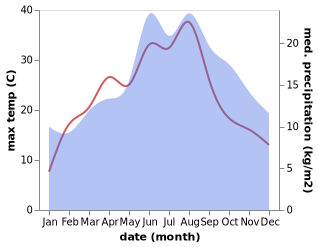