Delve into Yasuj in Iran

Yasuj in the region of Kohgīlūyeh va Būyer Aḩmad is located in Iran - some 347 mi or ( 559 km ) South of Tehran , the country's capital .

Local time in Yasuj is now 01:57 AM (Sunday) . The local timezone is named " Asia/Tehran " with a UTC offset of 3.5 hours. Depending on your mobility, these larger destinations might be interesting for you: Sharafabad-e Sofla, Sharafabad-e Vosta, Taparqu, Panbeh Zari, and Yasuj. While being here, you might want to check out Sharafabad-e Sofla . We discovered some clip posted online . Scroll down to see the most favourite one or select the video collection in the navigation. Are you curious about the possible sightsseing spots and facts in Yasuj ? We have collected some references on our attractions page.

Persian Gates was the ancient name of the pass now known as Tang-e Meyran, connecting Yasuj with Sedeh to the east, crossing the border of the modern Kohgiluyeh va Boyer Ahmad and Fars provinces of Iran, passing south of the Kuh-e-Dinar massif, part of the Zagros Mountains. The pass controls the link between the shore and the central part of Persia.

Yasuj Airport is an airport serving Yasuj, a city in the Zagros Mountains of southwestern Iran, and capital of the Kohgiluyeh and Boyer-Ahmad Province. The airport and the city are also known Yasouj. 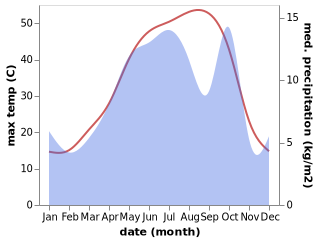