Current time in Selvik is now 01:30 AM (Sunday) . The local timezone is named " Europe/Oslo " with a UTC offset of 1 hours. Depending on the availability of means of transportation, these more prominent locations might be interesting for you: Copenhagen, Aalborg, Malmö, Gothenburg, and Trondheim. Since you are here already, make sure to check out Copenhagen . We saw some video on the web . Scroll down to see the most favourite one or select the video collection in the navigation. Where to go and what to see in Selvik ? We have collected some references on our attractions page.

Queen Beatrix of the Netherlands State visit to Norway 2010

MIA by Avenged Sevenfold. I know that this cover is filled up with mistakes and stuff, but it was my first shot at GarageBand. For the sake of that, and that this song is a pain to record, do not comm ..

Harley with Snow along the roadside, PART 1 (in HD):

Some of the film and pictures that were taken on the trip home from Oslo. I just made this video to practice. So it's just for fun:) ..

Selvík is a small bay on the southside of Sørvágsfjørður. It is about one kilometer to the west of the village Sørvágur. From 1902 to sometimes in the 1920s Selvík was home to a whaling station, built by Norwegians. The Norwegians came to Sørvágur in March or April 1902, they came with the cargo ship "Viking" and with the Norwegian whaling boat "Norddeble". The factory was ready to use in June 1902.

Ve is a village in the district Tveit in Kristiansand municipality, Norway.

Sande Station is a railway station on the Vestfold Line in Sande, Norway. The station is served with InterCity Express trains operated by the Norwegian State Railways. The station opened originally in 1881, but a new station was built in 2001 as part of the new Vestfold Line through Sande.

The Hanekleiv tunnel is a road tunnel in Vestfold, Norway, one of seven along the European route E18 between Sande and Holmestrand. The tunnel became the centre of controversy on 25 December 2006 when part of the roof collapsed, and investigations revealed that several tunnels on the E18 through Vestfold were insufficiently secured. The tunnel was fully reopened on August 30, 2007. 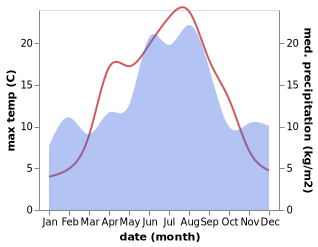