Gieraltowice in the region of Silesian Voivodeship with its 3,752 habitants is a town located in Poland - some 170 mi or ( 274 km ) South-West of Warsaw , the country's capital .

Local time in Gieraltowice is now 06:03 PM (Tuesday) . The local timezone is named " Europe/Warsaw " with a UTC offset of 1 hours. Depending on your flexibility, these larger cities might be interesting for you: Oradea, Warsaw, Budapest, Bratislava, and Ostrava. When in this area, you might want to check out Oradea . We found some clip posted online . Scroll down to see the most favourite one or select the video collection in the navigation. Are you looking for some initial hints on what might be interesting in Gieraltowice ? We have collected some references on our attractions page.

Gierałtowice (German Gieraltowitz) is a village in Gliwice County, Silesian Voivodeship, in southern Poland. It is the seat of the gmina (administrative district) called Gmina Gierałtowice. It lies approximately 9 kilometres south-east of Gliwice and 21 km west of the regional capital Katowice. The village has a population of 3,752. It is first recorded in the 13th century.

Przyszowice (German Preiswitz) is a village in the administrative district of Gmina Gierałtowice, within Gliwice County, Silesian Voivodeship, in southern Poland. The village has a population of 3,199. It lies approximately 5 kilometres north-east of Gierałtowice, 7 km south-east of Gliwice, and 18 km west of the regional capital Katowice. Among the most notable landmarks of the area is an eclectic palace of the von Raczek family built between 1890 and 1895, the St.

Chudów (German Chudow) is a village in the administrative district of Gmina Gierałtowice, within Gliwice County, Silesian Voivodeship, in southern Poland. It lies approximately 3 kilometres east of Gierałtowice, 12 km south-east of Gliwice, and 16 km west of the regional capital Katowice. The village has a population of 1,337. Chudów is famous for its 16th-century castle built by the noble family of Gieraltowski. Ruined in 1875, reconstruction began in 2001.

Knurów is a town near Katowice in Silesia, southern Poland. Knurów borders on the Upper Silesian Metropolitan Union, a metropolis with a population of two million. Knurów is located in the Silesian Highlands, on the Bierawka River, a tributary of the Oder River. 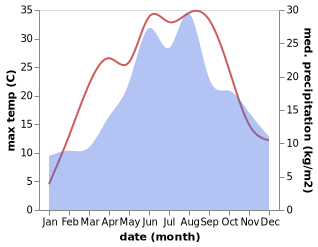