Delve into Maykop in Russia

Local time in Maykop is now 01:36 PM (Sunday) . The local timezone is named " Europe/Moscow " with a UTC offset of 4 hours. Depending on your mobility, these larger destinations might be interesting for you: Yuzhnyye Sady, Tul'skiy, Stavropol', Shuntuk, and Rostov-on-Don. While being here, you might want to check out Yuzhnyye Sady . We discovered some clip posted online . Scroll down to see the most favourite one or select the video collection in the navigation. Are you curious about the possible sightseeing spots and facts in Maykop ? We have collected some references on our attractions page.

My trip to Adygea at August 2007-Maikop

My trip to Adygea at August 2007-Maikop Bazaar

Maykop Airport is a civilian airport located on the north of Maykop, Russia. It has no solid-surface runway and is licensed for turboprop traffic only. Jet planes may land only in case of stable dry weather. Khanskaya Airport, which has a 2,500 m concrete runway, is about 5.2 km northwest of Maykop Airport and about 6.0 km east of Khanskaya.

Khanskaya Airport is a military airport located on the north-west of Maykop, Russia. Is airport was used also for civil aviation up to 2009. In connection with the violation of safety requirements, the certificate of state registration was revoked for Khanskaya Airport and Maykop Airport in September 2009. 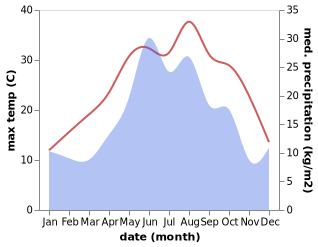