Local time in Orël is now 05:33 AM (Sunday) . The local timezone is named " Europe/Moscow " with a UTC offset of 4 hours. Depending on your mobility, these larger cities might be interesting for you: Znamenka, Zhilina, Tula, Ryazan, and Ovsyannikovo. When in this area, you might want to check out Znamenka . We discovered some clip posted online . Scroll down to see the most favourite one or select the video collection in the navigation. Are you looking for some initial hints on what might be interesting in Orël ? We have collected some references on our attractions page.

My first big movie. It's quite old, got bad quality, lack of english and poor editing but still funny sometimes. Enjoy. ..

The Oryol Prison has been a prison in Oryol since the 19th century. It was a notable place of incarceration for political prisoners and war prisoners of the Second World War. The building of prison, built in 1840, is one of the oldest buildings in the city of Oryol. In 1941, the Orel isolation prison contained some five thousand political prisoners.

Central Stadium is a multi-use stadium in Oryol, Russia. It is currently used mostly for football matches and is the home ground of FC Oryol. The stadium holds 15,292 people and opened in 1980.

Yuzhny Airport is an airport in Russia located 6 km southwest of Oryol. It services small transports and has a considerable general aviation presence. From the 1950s to the 1970s, it was a military airbase, with the based 472nd Fighter Aviation Regiment flying respectively the Yak-17, MiG-15, MiG-17 and MiG-19. 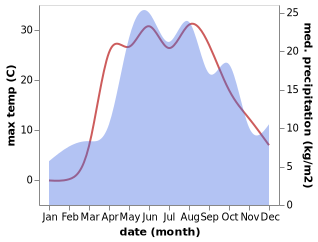