Time in Štúrovo is now 12:01 AM (Friday) . The local timezone is named " Europe/Bratislava " with a UTC offset of 1 hours. Depending on your travel resources, these more prominent places might be interesting for you: Timişoara, Oradea, Belgrade, Zsellertag, and Wimmertelep. Being here already, consider visiting Timişoara . We collected some hobby film on the internet . Scroll down to see the most favourite one or select the video collection in the navigation. Check out our recomendations for Štúrovo ? We have collected some references on our attractions page.

Víziváros is a neighborhood of Esztergom, Hungary on the right bank of the Danube, under the royal castle and the St. Adalbert Primatial Basilica. The name Watertown derives from the numerous hot springs in the area.

The Dark Gate is a tunnel located under the artificial slopes of Castle hill, near the St. Adalbert's Basilica in Esztergom, Hungary. The tunnel is 90 metres long, and it follows the line of the castle's former eastern walls. The entire tunnel is vaulted, and was built in Neo-classical style.

More reading: Wikipedia Article
Located at 47.80 18.74 (Lat./Long.); Less than 2 km away
Tags: Buildings and structures in Esztergom, Tunnels in Hungary 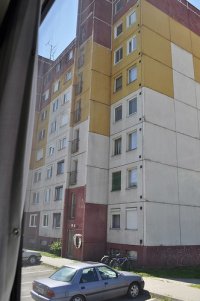 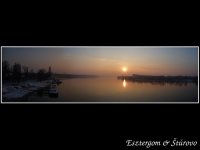 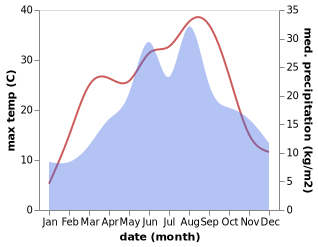