Current time in Puako is now 01:18 PM (Monday) . The local timezone is named " Pacific/Honolulu " with a UTC offset of -10 hours. Depending on the availability of means of transportation, these more prominent locations might be interesting for you: Ka'upulehu, Kawailiula, Ke'amuku, Keawaiki, and Kiholo. Since you are here already, make sure to check out Ka'upulehu . We encountered some video on the web . Scroll down to see the most favourite one or select the video collection in the navigation. Where to go and what to see in Puako ? We have collected some references on our attractions page.

Day two of trip to Hawaii ..

Wedding Video Highlight for Keri and Nick's wedding. April 8, 2011 located at the Fairmont Orchid along the Kohala Coast of Hawaii. I had a great time being able to be a part of their wedding day. Wed ..

SBHawaii.com (Super Beaches Hawaii) explores Waialea Beach (aka Beach 69), located in North Kohala on the Big Island of Hawaii. Waialea is favorite on calm days for parents with kids. On higher surf d ..

Join Island Breeze Productions at the Fairmont Orchid on Saturdays for the Gathering of the Kings Luau. For reservations, visit www.gatheringofthekings.com ..

Puako is a census-designated place (CDP) in Hawaiʻi County, Hawaiʻi, United States. The population was 429 at the 2000 census. The epicenter of the 2006 Hawaii earthquake was some 10 km offshore of the village.

Hāpuna Beach State Recreation Area is a large park and sandy beach on the Big Island of Hawaii. The Hapuna Beach Prince Hotel is also located adjacent to the beach. Hāpuna (literally, "spring" or "pool" in Hawaiian) is popular with residents and visitors. This is one of a few other white sand beaches on the west coast of the Big Island. The few others include Kua Bay, Kaunaʻoa Bay, known as Mauna Kea Beach, and Samuel M. Spencer Beach Park.

The Fairmont Orchid is a luxury hotel on the Kohala Coast of the island of Hawaii. It is managed by Fairmont Hotels and Resorts.

Kaunaʻoa Bay has one of the few white sand beaches of the Kohala Coast, the western side of the island of Hawaiʻi. A historic hotel is located on the bay, which has given it the name Mauna Kea Beach.

The Mauna Kea Beach Hotel is a hotel property on the Kohala Coast of the island of Hawaii. It sits at Kaunaʻoa Bay. The American Institute of Architects (AIA) awarded the hotel an Honor Award in 1967 citing its "restrained detailing and fine spacial sequences. " In 2007, the hotel received honors again from the AIA as it made the top 150 of its "America's Favorite Architecture" list. 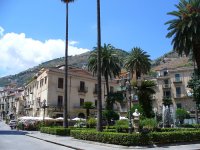 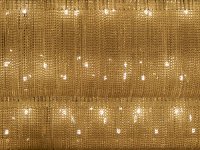 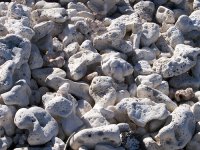 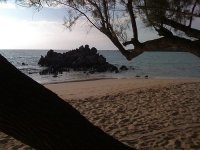 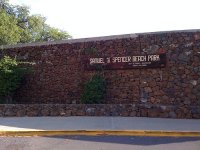 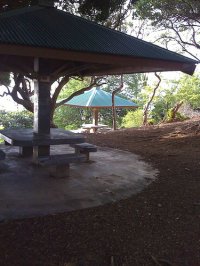 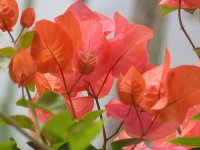