Time in Blumenau is now 11:23 AM (Thursday) . The local timezone is named " America/Sao Paulo " with a UTC offset of -2 hours. Depending on your budget, these more prominent places might be interesting for you: Sorocaba, São Paulo, São José dos Campos, Santos, and Porto Alegre. Being here already, consider visiting Sorocaba . We collected some hobby film on the internet . Scroll down to see the most favourite one or select the video collection in the navigation. Check out our recomendations for Blumenau ? We have collected some references on our attractions page.

Vale do Itajaí also known as Vale Europeu (or "European Valley") is a mesoregion located in the Northeastern part of the Brazilian state of Santa Catarina. It has about 1.3 million inhabitants and comprises four smaller regions: Blumenau, Itajaí, Ituporanga and Rio do Sul. Most of the population is of German and Italian ancestry.

The Oktoberfest of Blumenau is a festival of Germanic traditions that happens in middle October in the city of Blumenau, Santa Catarina, Brazil. It is considered the biggest German festival of South America, and the one of the biggest Oktoberfest celebration along with the Kitchener-Waterloo Oktoberfest and after the original Oktoberfest from Munich. It takes place at Parque Vila Germânica (Germanic Ville Park), located in the Bairro da Velha (District of the Old Woman).

Blumenau is a city in Vale do Itajaí, state of Santa Catarina, in southern Brazil. It's located 130 km away from the state capital, Florianópolis. It was founded on September 2, 1850 by Dr. Hermann Bruno Otto Blumenau along with 17 German immigrants. A few years later Fritz Müller migrated to Blumenau as well.

Ilhota is a town and municipality in the state of Santa Catarina in the South region of Brazil. 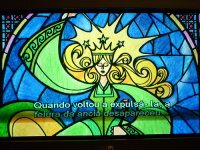 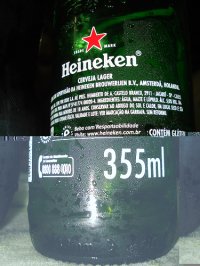