Slavonski Brod in the region of Brodsko-Posavska with its 60,742 inhabitants is a town in Croatia - some 109 mi or ( 175 km ) South-East of Zagreb , the country's capital city .

Current time in Slavonski Brod is now 10:01 PM (Thursday) . The local timezone is named " Europe/Zagreb " with a UTC offset of 1 hours. Depending on the availability of means of transportation, these more prominent locations might be interesting for you: Pristina, Belgrade, Pécs, Budapest, and Bratislava. Since you are here already, make sure to check out Pristina . We saw some video on the web . Scroll down to see the most favourite one or select the video collection in the navigation. Where to go and what to see in Slavonski Brod ? We have collected some references on our attractions page.

Brod-Posavina County is the southern Slavonian county in Croatia. Its center is the city of Slavonski Brod and it spreads along the left bank of the Sava river, hence the name Posavina. Other notable towns include Nova Gradiška.

Đuro Đaković Holding d.d. is a Croatian metal mechanical engineering group, based in Slavonski Brod, Croatia. The company's origins date to the establishment of a metal engineering factory in Brod in 1921, it expanded throughout the 20th century, becoming a major regional enterprise of its type, active in rail vehicle manufacture including locomotives, industrial boilers, power plant construction, and large scale metal structures including bridges.

The Fortress of Brod The cultural heritage of highest importance (0-category).

Gornja Vrba is a municipality in Brod-Posavina County, Croatia. There are 2,559 inhabitants in which 99% declare themselves Croats. (2001 census) The people live 2 naselja: Donja Vrba Gornja Vrba 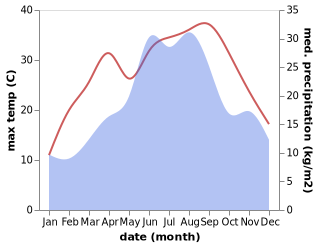