Haukivuori in the region of Province of Eastern Finland with its 2,256 inhabitants is a place in Finland - some 149 mi or ( 239 km ) North-East of Helsinki , the country's capital city .

Time in Haukivuori is now 10:51 PM (Saturday) . The local timezone is named " Europe/Helsinki " with a UTC offset of 2 hours. Depending on your budget, these more prominent locations might be interesting for you: Leningrad, Tallinn, Varkaus, Vaisala, and Pieksämäki. Since you are here already, consider visiting Leningrad . We saw some hobby film on the internet . Scroll down to see the most favourite one or select the video collection in the navigation. Where to go and what to see in Haukivuori ? We have collected some references on our attractions page.

Haukivuori is a former municipality of Finland located in the province of Eastern Finland and part of the Southern Savonia region. The municipality had a population of 2,361 and covered an area of 505.11 km², of which 108.07 km² is water. The population density was 4.7 inhabitants per km². The municipality was unilingually Finnish. On 1 January 2007, Haukivuori was incorporated into the city of Mikkeli.

Kyyvesi is a lake of Finland.

Iso-Naakkima is a lake in Southern Savonia, Finland, about 10 km south of the town of Pieksämäki. It is notable having an eroded Impact crater under the northwestern part of the lake. The crater is one of the oldest known, about 1200 million years old. At the time of the impact event the continent of Baltica was located near the equator. The crater is filled by recent sediments and is not visible to the surface. 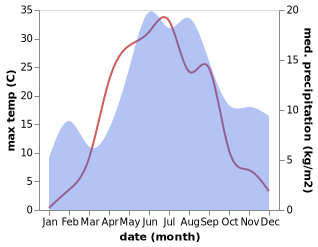