Mikkeli in the region of Province of Eastern Finland with its 46,550 inhabitants is a town in Finland - some 131 mi or ( 211 km ) North-East of Helsinki , the country's capital city .

Current time in Mikkeli is now 07:03 AM (Tuesday) . The local timezone is named " Europe/Helsinki " with a UTC offset of 2 hours. Depending on the availability of means of transportation, these more prominent locations might be interesting for you: Leningrad, Pskov, Tallinn, Varkaus, and Suonsaari. Since you are here already, make sure to check out Leningrad . We encountered some video on the web . Scroll down to see the most favourite one or select the video collection in the navigation. Where to go and what to see in Mikkeli ? We have collected some references on our attractions page.

Live to be a hundred!

Mikkeli Cathedral is a large church in Mikkeli, Southern Savonia, Finland, designed by Finnish church architect Josef Stenbäck. It was built in 1896–1897 and represents the Gothic Revival style like many other churches designed by Stenbäck. The bell tower is in the western gable of the church. The church has 1,200 seats. The organ was built in 1956 by Kangasala Organ Factory and has 51 stops. The altar painting "Crucified" was made by Pekka Halonen in 1899.

Urheilupuisto is a multi-use stadium in Mikkeli, Finland. It is currently used mostly for football matches. The stadium holds 4,000 people.

The Stone Sacristy is located in Savilahti, Mikkeli, Finland and is the sacristy of the old church. It is considered to be one of Savonia's oldest buildings and one of the most famous symbols of Mikkeli. No one is sure of the date it was built. The sacristy's current façade is the result of renovations in the 1930s. In 1930, the town council granted the museum association funds to convert the sacristy into an ecclesiastical museum.

Ukonvesi is a lake of Finland. 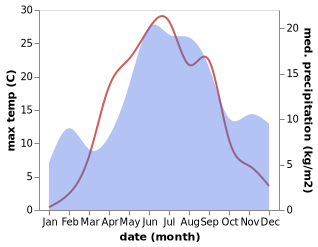