Local time in Kara-Balta is now 08:31 AM (Sunday) . The local timezone is named " Asia/Bishkek " with a UTC offset of 6 hours. Depending on your mobility, these larger cities might be interesting for you: Fergana, Andijan, Shaydon, Taraz, and Sokuluk. When in this area, you might want to check out Fergana . We discovered some clip posted online . Scroll down to see the most favourite one or select the video collection in the navigation. Are you looking for some initial hints on what might be interesting in Kara-Balta ? We have collected some references on our attractions page.

Jaiyl is a raion (district) (Kalinin District until May 1993) of Chuy Province in northern Kyrgyzstan. The capital lies at Kara-Balta. It also administers an exclave in the southwestern heel of Chuy Province (not on map at right).:

Kara-Balta is a city and municipality on the Chu River, in Chuy Province, Kyrgyzstan, the capital of Jaiyl District. It was founded in 1825 under the Kokand Khanate, and received city status in 1975 under the Soviets. Its city population was officially 43,531 in a 2001 census. The municipality had a population of 54,200 according to the Soviet 1989 census, and is now estimated at over 70,000.

Panfilov is a raion (district) of Chuy Province in northern Kyrgyzstan. The capital lies at Kayyngdy (Kaindy). The map at right is incorrect. It shows a mountainous exclave which Panfilov administers. The main body of the province is a strip along the far western border of Chuy Province.: 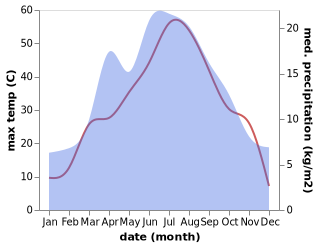