Delve into Bacolod City in Philippines

Current time in Bacolod City is now 10:51 PM (Friday) . The local timezone is named " Asia/Manila " with a UTC offset of 8 hours. Depending on your travel modalities, these larger destinations might be interesting for you: Toboso, Taloc, Talisay City, Taguig City, and Santo Nino. While being here, make sure to check out Toboso . We encountered some video on the web . Scroll down to see the most favourite one or select the video collection in the navigation. Are you curious about the possible sightsseing spots and facts in Bacolod City ? We have collected some references on our attractions page.

The Streets of Bacolod (Araneta St.)

Taken with a digital camera - for the folks who miss Bacolod City (especially for the people who are now abroad). Sorry for the less than 24 fps video :-) ..

The Bacolod Public Plaza is one of the notable landmarks of Bacolod City, the capital of Negros Occidental, Philippines. It is located in the heart of the downtown area, near the city hall and across from the San Sebastian Cathedral. The plaza is a trapezoidal park with a belt of trees around the periphery and a gazebo at the center. Scattered within the trees are four circular fountains. The plaza was constructed in 1927 as a place for recreation, political, spiritual and cultural activities.

The Fountain of Justice is a historic landmark in Bacolod City, Negros Occidental, Philippines. It marks the location where the house of Jose Ruiz de Luzurriaga used to stand. It was in this house that the surrender of Bacolod by Spanish authorities to the Filipino forces of General Aniceto Lacson took place on November 6, 1898, during the Negros Revolution. Luzurriaga acted as mediator between the two belligerents.

Bacolod Tay Tung High School is a co-educational Chinese educational institution in Bacolod City in the province of Negros Occidental, Philippines. The school is a non-stock, non-profit and non-sectarian institution. Tay Tung, meaning "Equality for all", whether rich or poor, regardless of race, creed, and religion, was chosen as the name of the school.

St. Joseph School-La Salle (SJS-LS) is a Lasallian school located in Bacolod City in the Philippines. It is the third of the third generation of La Salle schools, which were founded by the De La Salle Brothers in the country, which include: La Salle Academy-Iligan, La Salle Green Hills, and De La Salle Lipa.

Jack & Jill School is composed of preschool and elementary institutions in Homesite, 5 kilometers south of Bacolod City, the capital of Negros Occidental province of the Philippines. Informally referred to by its acronym "JJS", it is a private, non-sectarian, educational institution with an enrollment of more than 600 pupils. It is one of the few institutions in the country where Karate is part of the school curriculum; Karate is included in physical education class all year round. 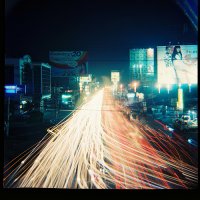 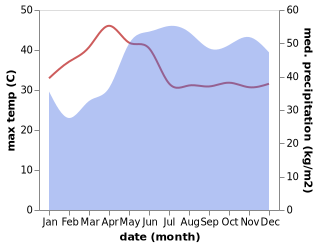