Time in Chorzów is now 07:37 PM (Monday) . The local timezone is named " Europe/Warsaw " with a UTC offset of 1 hours. Depending on your travel resources, these more prominent places might be interesting for you: Oradea, Warsaw, Budapest, Bratislava, and Ostrava. Being here already, consider visiting Oradea . We collected some hobby film on the internet . Scroll down to see the most favourite one or select the video collection in the navigation. Check out our recomendations for Chorzów ? We have collected some references on our attractions page.

Metallica - For Whom The Bell Tolls May 28, 2008 Chorzów, Poland The first European show by Metallica in 2008. Video brought to you by Metallica fanatics from Slovakia. :-) This show is available in F ..

Watch In Full HD! Video set recorded live @ Mayday Poland 2012, at the Spodek Hall in the city of Katowice. ..

Silesian Stadium is a sport stadium located between Chorzów and Katowice, Silesia, Poland. It opened on 22 July 1956 and has since hosted crowds of over 120,000 for both football matches and motorcycle speedway world championships. It also hosts music festivals.

TVP Katowice Tower is a 90 meter high reinforced concrete telecommunication tower in Katowice, Poland. It is the property of TP EMITEL, and is not accessible by tourists. It started broadcasdting in 1957. TVP 3 Katowice at 6 October 2007 changed name on TVP KATOWICE

More reading: Wikipedia Article
Located at 50.30 19.01 (Lat./Long.); Less than 3 km away
Tags: Buildings and structures in Katowice, Towers completed in 1957, Towers in Poland

On 28 January 2006, the roof of one of the buildings at Katowice International Fair (Międzynarodowe Targi Katowickie) collapsed in Chorzów / Katowice, Poland. At 16:15 GMT, the central section of the roof of the hall collapsed, possibly due to the weight of snow on the building. According to the police there were roughly 700 people in the hall at the time of the collapse. A further collapse occurred 90 minutes later during rescue operations.

Osiedle Tysiąclecia (District of a 1000-year anniversary) is a district of Katowice and one of the largest districts in Poland. It is located in the northern part of Katowice, on the land once occupied by the villages of Bederowiec, Sośnina and east Klimzowiec. The construction of the district began in 1961 during the times of the People's Republic of Poland. The name was chosen as 1961 was a 1000-year anniversary of the founding of Poland. Area - ca. 2 km² Number of inhabitants - ca. 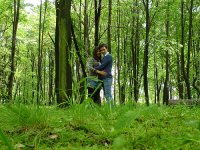