Time in Tulcea is now 10:46 PM (Tuesday) . The local timezone is named " Europe/Bucharest " with a UTC offset of 2 hours. Depending on your budget, these more prominent places might be interesting for you: Comrat, Chişinău, Cahul, Valea Nucarilor, and Somova. Being here already, consider visiting Comrat . We collected some hobby film on the internet . Scroll down to see the most favourite one or select the video collection in the navigation. Check out our recomendations for Tulcea ? We have collected some references on our attractions page.

Filmat cu Canon G7 As you can see on video mode Canon G7 have a large amount of noise and some ugly vertical blue flare on light spots. Its not great in low light conditions. ..

Delta Stadium is a multi-use stadium in Tulcea, Romania. It is currently used mostly for football matches and is the home ground of Delta Tulcea. The stadium holds 12,000 people.

The Chilia or Kilia branch is a distributary of the river Danube, that contributes in forming the Danube Delta. It is named after the two towns having this name, located on its two shores: Kilia, on the northern, Ukrainian bank and Chilia Veche on the southern, Romanian bank. The other two main branches of the Danube are the Sulina branch and the Sfântu Gheorghe branch. The Chilia branch begins at the Ismail Islet, and is 104 km long.

More reading: Wikipedia Article
Located at 45.23 28.74 (Lat./Long.); Less than 9 km away
Tags: Distributaries of the Danube, Ramsar sites in Ukraine

Pereyaslavets or Preslavets was a trade city located at the mouth of the Danube. The city's name is derived from that of the Bulgarian capital of the time, Preslav, and means Little Preslav. In Greek it was also known as Presthlavitza (Πρεσθλαβίτζα). A thriving trade centre of the First Bulgarian Empire, it was captured by Prince Svyatoslav of Kievan Rus in 968.

Peuce in ancient geography was an island located in the Danube Delta, in Scythia Minor. Its name came from the ancient Greek word peuke, 'pine tree'. It was about the size of the island of Rhodes. The island disappeared during the early Middle Ages, when the river changed its course. It was to this island that the Triballian king Syrmus took refuge when pursued by Alexander the Great. Alexander brought ships up the Danube to use in an assault on the island.

Tulcea Danube Delta Airport (also known as Cataloi Airport) is located in south-eastern Romania, 16 km south of the city of Tulcea, on the Danube bank and close to the Danube Delta. It is Dobrogea's second airport. 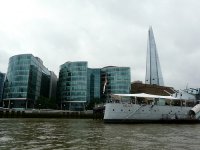 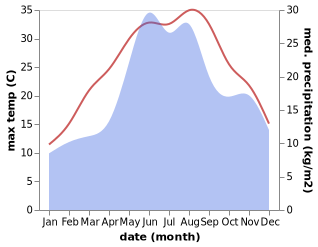