Delve into Constanţa in Romania

Local time in Constanţa is now 11:31 AM (Thursday) . The local timezone is named " Europe/Bucharest " with a UTC offset of 2 hours. Depending on your mobility, these larger destinations might be interesting for you: Chişinău, Tulcea, Techirghiol, Ovidiu, and Navodari. While being here, you might want to check out Chişinău . We discovered some clip posted online . Scroll down to see the most favourite one or select the video collection in the navigation. Are you curious about the possible sightsseing spots and facts in Constanţa ? We have collected some references on our attractions page.

Ovidius University is a higher education institution in Constanţa, founded in 1961.

Carol I Mosque in Constanţa was commissioned in 1910 by the King of Romania and built in a Moorish style. It replaced the previous mosque from 1822. It is similar to the Konya Mosque in Anatolia. It has rich interior wall paintings. The minaret (50 m high) offers a view of the city and harbour.

The Cathedral of Saints Peter and Paul, Constanţa (Romanian: Catedrala Sfinţii Apostoli Petru şi Pavel din Constanţa), located at 25 Arhiepiscopiei Street, Constanţa, Romania, is the seat of the Romanian Orthodox Archbishop of Tomis, as well as a monastery. Situated between Ovid Square and the Black Sea in front of the Archbishop's Palace, it was built on the city's peninsular zone in 1883-85 following plans by architect Ion Mincu.

Farul Stadium is a multi-purpose stadium in Constanţa, Romania. It is currently used mostly for football matches and is the current home ground of Farul Constanţa. The stadium also functions as an athletics arena, with track and field athletics facilities. The stadium has played host to the Romania national football team, in the World Cup 2006 Qualification, UEFA Euro 2008 qualifying and 2010 FIFA World Cup qualification. 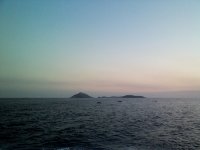 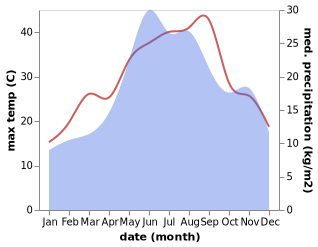