Delve into Dedovsk in Russia

Current time in Dedovsk is now 09:58 PM (Friday) . The local timezone is named " Europe/Moscow " with a UTC offset of 4 hours. Depending on your travel modalities, these larger destinations might be interesting for you: Zelenograd, Volokolamsk, Vladimir, Tver, and Tula. While being here, make sure to check out Zelenograd . We encountered some video on the web . Scroll down to see the most favourite one or select the video collection in the navigation. Are you curious about the possible sightsseing spots and facts in Dedovsk ? We have collected some references on our attractions page.

ust 20 km from Moscow and you are in the design hotel where tropics are waiting for you everywhere from palms welcoming you at the entrance, bars, night bowling club ..

Le Méridien Moscow Country Club is a golf resort in Nakhabino, just outside Krasnogorsk around 30 km (20 mi) north-west of Moscow, Russia. It was founded in 1994, and was Russia's first 18-hole golf course, having been developed from an idea first conceived by controversial American business tycoon, Armand Hammer as a way of attracting more western investment into the country. The course was designed by Robert Trent Jones, Jr.

Kryukovo is a district of Moscow within Zelenogradsky Administrative Okrug. It was formerly a village in Solnechnogorsky District of Moscow Oblast. Population: 85,642; 73,481. The main railway station in Zelenograd is also called Kryukovo. Kryukovo was where German forces came the closest to Moscow (41 km) during World War II. Now several monuments are located in Kryukovo and in the surrounding area.

Petrovo-Dalneye is a rural locality in Krasnogorsky District of Moscow Oblast. Nikita Khrushchev lived here in a six-room house. 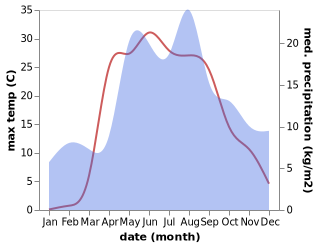