Current time in Voronezh is now 07:44 AM (Thursday) . The local timezone is named " Europe/Moscow " with a UTC offset of 4 hours. Depending on the availability of means of transportation, these more prominent locations might be interesting for you: Shilovo, Semiluki, Pridonskoy, Pridacha, and Podkletnoye. Since you are here already, make sure to check out Shilovo . We encountered some video on the web . Scroll down to see the most favourite one or select the video collection in the navigation. Where to go and what to see in Voronezh ? We have collected some references on our attractions page.

The city of Voronezh from the train window

Tsentralnyi Profsoyuz Stadion is a multi-use stadium in Voronezh, Russia. It is currently used mostly for football matches. The stadium holds 31,743 people. The stadium was built in 1934. On November 17, 2010 the stadium was used for a friendly soccer match between the national soccer teams of Russia and Belgium, in which the Russian team lost against Belgium by 0-2. Both goals were scored by Romelu Lukaku (at that time it were his only goals for the national team).

More reading: Wikipedia Article
Located at 51.68 39.20 (Lat./Long.); Less than 2 km away
Tags: Buildings and structures in Voronezh Oblast, Schools of medicine in Russia

The Annunciation Cathedral (Благовещенский собор) in Voronezh is one of the tallest Eastern Orthodox churches in the world. The existing five-domed building of the cathedral with an attached bell tower was erected between 1998 and 2009. It was patterned after St. Vladimir's Cathedral, built in the late 19th century in a Russo-Byzantine style harking back to the works of Konstantin Thon and demolished by the Bolsheviks in the 20th century.

Voronezh Governorate (Russian: Воронежская губерния, Voronezhskaya guberniya) was an administrative division of the Russian Empire, which existed from 1725 until 1779 and from 1796 until 1928. Its seat was located in Voronezh. The governorate was located in the south of the European part of the Russian Empire. In 1928, the governorate was abolished, and its area was included into newly established Central Black Earth Oblast.

Central Black Earth Oblast (Russian: Центрально-Чернозёмная область, Tsentralno-Chernozyomnaya Oblast) was an oblast (a first-level administrative and municipal unit) of the Russian Soviet Federative Socialist Republic from 1928 to 1934. Its seat was in the city of Voronezh. The oblast was located in the center of European Russia, and its territory is currently divided between Voronezh, Oryol, Kursk, Belgorod, Lipetsk, and Tambov Oblasts, as well as a minor part of Penza Oblast. 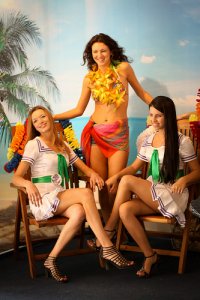 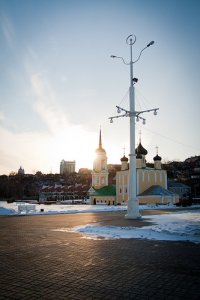 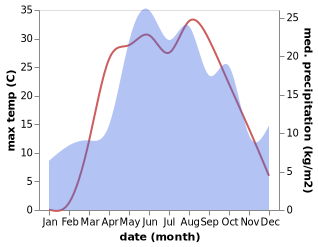