Delve into Mazarrón in Spain

Local time in Mazarrón is now 02:08 AM (Sunday) . The local timezone is named " Europe/Madrid " with a UTC offset of 1 hours. Depending on your mobility, these larger destinations might be interesting for you: Vina de Raja, Venta de las Palas, Valdelentisco, Umbrias, and Torre del Angel. While being here, you might want to check out Vina de Raja . We discovered some clip posted online . Scroll down to see the most favourite one or select the video collection in the navigation. Are you curious about the possible sightsseing spots and facts in Mazarrón ? We have collected some references on our attractions page.

Mazarrón is a municipality in the autonomous community and province of Murcia, southeastern Spain. The municipality has an area of 318.7 square kilometres, and a population (2008) of more than 34,351 inhabitants.

More reading: Wikipedia Article
Located at 37.60 -1.32 (Lat./Long.); Less than 0 km away
Tags: Municipalities in the Region of Murcia

Las Palas is a village, situated in the autonomous region of Murcia in South East Spain. The name Las Palas is derived from the large amount of "Palas" (cactus) found in the area. The village has been in existence since the 16th Century. It is located 7 km south of Fuente Álamo de Murcia and 20 km north west of Cartagena.

More reading: Wikipedia Article
Located at 37.65 -1.15 (Lat./Long.); Less than 16 km away
Tags: Municipalities in the Region of Murcia

La Manchica La Manchica is both a village and an area in the autonomous region of Murcia, in southern Spain. The village is situated 5 km south of the town and municipality of Fuente Álamo de Murcia and was established during the Transhumance of shepherds and goat herders from the La Mancha region of Spain. (La Manchica being the diminutive of La Mancha). The village is located 25 minutes from Cartagena and 35 minutes from San Javier International Airport.

More reading: Wikipedia Article
Located at 37.67 -1.13 (Lat./Long.); Less than 18 km away
Tags: Municipalities in the Region of Murcia, Towns in Spain

Totana is a municipality of the Region of Murcia province in Spain. It has a population of 30,850 people.

More reading: Wikipedia Article
Located at 37.77 -1.50 (Lat./Long.); Less than 25 km away
Tags: Municipalities in the Region of Murcia

International airport of the Region of Murcia

Región de Murcia International Airport is an airport recently constructed in the municipality of Murcia, whose works began in July 2008 and which is expected to be operational before the end of 2013. Promoted by the regional government, it will be privately managed by a consortium of seven companies, led by Sacyr Concesiones. It has a single passenger terminal of 28,500 m² and a single 3,000 x 45 m runway. 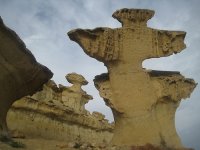 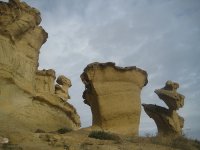 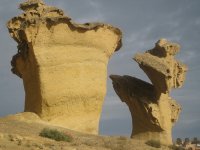