Time in Donetsk is now 06:55 PM (Thursday) . The local timezone is named " Europe/Kiev " with a UTC offset of 2 hours. Depending on your budget, these more prominent locations might be interesting for you: Severnyy, Rostov-on-Don, Krasnodar, Belgorod, and Yasinovka. Since you are here already, consider visiting Severnyy . We saw some hobby film on the internet . Scroll down to see the most favourite one or select the video collection in the navigation. Where to go and what to see in Donetsk ? We have collected some references on our attractions page.

Translation for English-speakers. 25th of April, the central square of Donetsk-city. The sun is shinnig brightly. Today the young lefts are taking part in smartmob "Our Motherland is USSR", which is o ..

A bicycle is a cross-country vehicle Denis Hohlov Ukraine is Donetsk ２ｗｄ自転車 ..

RSK Olimpiyskyi is a multi-purpose stadium in Donetsk, Ukraine, owned by Shakhtar Donetsk. The stadium's maximum capacity is 25,678, and it is used exclusively for football matches. After its reconstruction in 2003, the stadium was also host to Shakhtar's city-rivals, FC Metalurh Donetsk. Shakhtar became the sole tenant of the stadium from 2004, until their new Donbass Arena was completed. FC Metalurh Donetsk has moved back to their own stadium, Metalurh Stadium which is considerably smaller.

Donbass Arena or Donbas Arena is a stadium with a natural grass pitch in Donetsk, Ukraine that opened on 29 August 2009. The facility is located in the center of the city, in the Lenin Comsomol park. With a capacity of 52,518 spectators, the Stadium hosts FC Shakhtar Donetsk matches and hosted some matches of Euro 2012. It is also one of the popular nightlife spots in Donetsk. The initial estimated cost of the project was USD 250m.

Lenin Komsomol park (Ukrainian: Парк культури і відпочинку ім. Ленінського комсомолу) is a popular recreation area in Donetsk. It was considered back in 1952, when Central Scherbakov Park of Culture and Leisure could no more fully address the city needs due to the fact that "Shakhtar" stadium was built on its territory.

To Donbass Liberators (Ukrainian: Твоїм визволителям, Донбасе) is a monument in Lenin Comsomol park, Donetsk, dedicated to the memory of all military units and formations that liberated Donbas during the Great Patriotic War (World War II). It is the largest monument in the south-east of Ukraine, the main military history monument of the city and region. Memorial events dedicated to Victory Day are traditionally held near the monument.

Donbass Palace is the first 5-star hotel in Donetsk, that joined The Leading Hotels of the World (2005), and the Ukraine's leading business hotel in 2006 and 2007 according to the World Travel Awards Association. 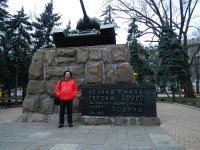 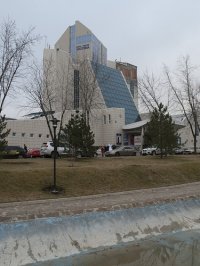 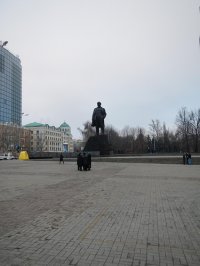 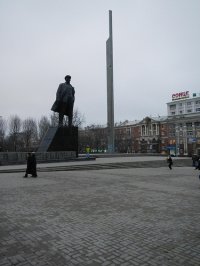 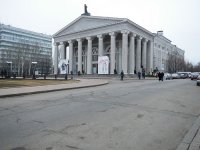 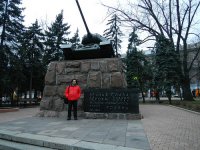 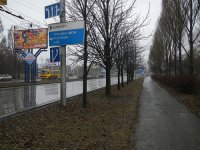 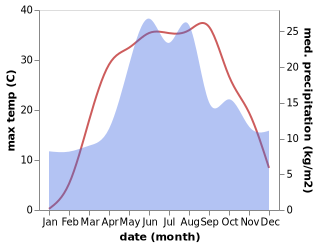