Time in Luhans'k is now 09:53 PM (Sunday) . The local timezone is named " Europe/Zaporozhye " with a UTC offset of 2 hours. Depending on your budget, these more prominent places might be interesting for you: Severnyy, Rostov-on-Don, Maykop, Kursk, and Krasnodar. Being here already, consider visiting Severnyy . We collected some hobby film on the internet . Scroll down to see the most favourite one or select the video collection in the navigation. Check out our recomendations for Luhans'k ? We have collected some references on our attractions page. 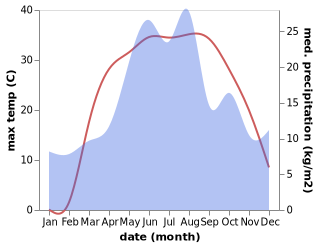