Current time in Kahaluu-Keauhou is now 02:08 AM (Tuesday) . The local timezone is named " Pacific/Honolulu " with a UTC offset of -10 hours. Depending on the availability of means of transportation, these more prominent locations might be interesting for you: Kalaoa, Ke'ei, Kuakini Heights, Lihue, and Napo'opo'o. Since you are here already, make sure to check out Kalaoa . We encountered some video on the web . Scroll down to see the most favourite one or select the video collection in the navigation. Where to go and what to see in Kahaluu-Keauhou ? We have collected some references on our attractions page.

Music and slide montage of the lovely Sheraton Keauhou Bay Resort on the Big Island of Hawai'i. I take it this hotel was bought and renovated not long before this trip. It was a lovely place, adjacent ..

Rational man on vacation, part 2, taking the rebreather out for a final spin before I take off. As a note, it is perfectly safe to fly after diving, as long as your PPN2 does not exceed .79 ATA during ..

Join Island Breeze Productions at the Haleo Luau, held Mondays at the Sheraton Keauhou Resort in Kona on the Big Island of Hawaii. For reservations, visit www.haleoluau.com ..

Kamehameha III (born Kauikeaouli) (1813–1854) was the King of Hawaii from 1825 to 1854. His full Hawaiian name was Keaweaweʻula Kīwalaʻō Kauikeaouli Kaleiopapa and then lengthened to Keaweaweʻula Kīwalaʻō Kauikeaouli Kaleiopapa Kalani Waiakua Kalanikau Iokikilo Kīwalaʻō i ke kapu Kamehameha when he ascended the throne. Under his reign Hawaii evolved from an absolute monarchy to a Christian constitutional monarchy with the signing of both the 1840 Constitution and 1852 Constitution.

Kahaluu-Keauhou is a census-designated place (CDP) in Hawai‘i County, Hawai‘i, United States. The population was 2,414 at the 2000 census.

The Keauhou Hōlua Slide is located in Keauhou on the island of Hawaiʻi. It is the largest and best-preserved hōlua course, used in the extremely dangerous toboggan-like activity restricted to the aliʻi class of men, the nobility of ancient Hawaii. The remains are about 1,290 feet long, of the original that was over 4,000 feet long. When in use, it was covered in dirt and wet grass to make it slippery.

Route 200, known locally as Saddle Road, traverses the width of the Island of Hawaiʻi, from downtown Hilo to its junction with Hawaii Route 190 near Waimea. The road was considered one of the most dangerous paved roads in the state, with many one-lane bridges and areas of marginally maintained pavement. Most of the road has now been repaved, and major parts have new re-alignments to modern standards. The highway reaches a maximum elevation of 6,632 feet and is subject to fog and low visibility.

Honalo is a census-designated place (CDP) in Hawaiʻi County, Hawaiʻi, United States. The population was 1,987 at the 2000 census. 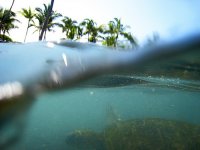 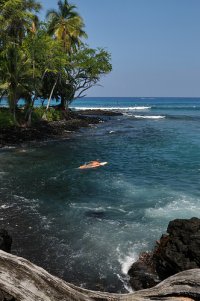 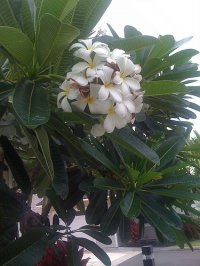 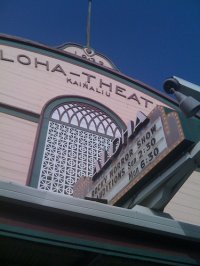 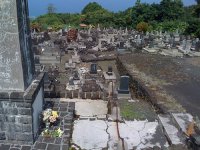