Current time in Kalaoa is now 05:39 AM (Wednesday) . The local timezone is named " Pacific/Honolulu " with a UTC offset of -10 hours. Depending on the availability of means of transportation, these more prominent locations might be interesting for you: Kailua Kona, Ka'upulehu, Kukio, Laniakea, and Lihue. Since you are here already, make sure to check out Kailua Kona . We saw some video on the web . Scroll down to see the most favourite one or select the video collection in the navigation. Where to go and what to see in Kalaoa ? We have collected some references on our attractions page.

'The Onion House' is a unique architectural treasure set in sensuous surroundings that allows for tropical living in harmony with the natural environment. The Onion House was chosen by the Travel Chan ..

This is a landing and takeoff aboard a Panorama Air Tours sightseeing airplane at Kona Airport, Hawaii (the big island) back in November 1989. ..

Recently discovered vintage, never before seen, 16mm films from a garage sale taken during a world tour in 1940. This digital conversion of a short portion of those films depict of The Big Island's Ko ..

Check out the full trip report at: multicolouredplanet.com ... A warm-up scuba dive to see the critters on the bottom and to watch the manta rays come in. ..

Kalaoa is a census-designated place (CDP) in Hawaiʻi County, Hawaiʻi, United States. The population was 6,794 at the 2000 census.

The Natural Energy Laboratory of Hawaii Authority (NELHA) administers the Hawaii Ocean Science and Technology Park (HOST Park). NELHA also administers a small site 4 acres in Puna on the eastern side of the Island of Hawaii for geothermal research. NELHA was founded in 1974. At 870 acres, HOST Park is perhaps the largest single green economic development project in the world solely devoted to growing a green economy.

Hualalai Academy, a K-12 college preparatory school, was the first accredited private, independent, K-12 school in the Districts of North and South Kona on the Big Island of Hawaiʻi. Hualalai was founded in 1985 as a K-5 satellite of Hawaii Preparatory Academy in Waimea, by parents who wanted local education for their children, and business owners who needed to draw young professionals to the area.

KLEI-TV (digital RF channel 25) is the Hawaii affiliate of My Family TV, owned by Mauna Kea Broadcasting. KLEI serves the kona-side of the island of Hawai`i, and is licensed to Kailua-Kona. KLEI also provides local programming geared towards Filipino, Hispanic and native communities. The station went on the air in 1988 as KVHF, and changed its call letters to KLEI on March 9, 1992. 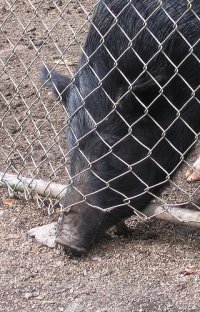 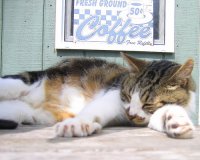 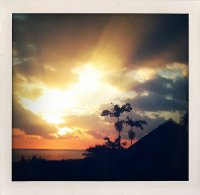 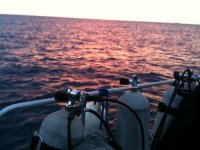