Local time in Pul-e Khumri is now 02:51 AM (Friday) . The local timezone is named " Asia/Kabul " with a UTC offset of 4.5 hours. Depending on your flexibility, these larger cities might be interesting for you: Taloqan, Shahabuddin, Sayyid Khel, Sangar Khel, and Aibak. When in this area, you might want to check out Taloqan . Are you looking for some initial hints on what might be interesting in Pul-e Khumri ? We have collected some references on our attractions page.

Khogyani is located 17 km northwest of Ghazni. It was the district center of the big Bahrami Shahid (Jaghatu) district before the year 2005. Now it is the center of Khogyani District.

Surkh Kotal, also called Chashma-i Shir or Sar-i Chashma, is an ancient archaeological site located in the southern part of the region of Bactria, about 18 km north of the city of Puli Khumri, the capital of Baghlan Province of Afghanistan. It is the location of monumental constructions made during the rule of the Kushans.

The 2007 Baghlan sugar factory bombing occurred on November 6, 2007 when a bomb exploded in the centre of Baghlan, Afghanistan, while a delegation of parliamentarians was visiting, killing dozens including several lawmakers. 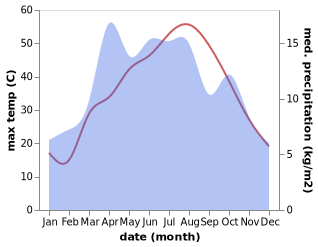