Tervakoski in the region of Province of Southern Finland with its 4,753 habitants is a town located in Finland - some 45 mi or ( 72 km ) North of Helsinki , the country's capital .

Local time in Tervakoski is now 11:18 PM (Wednesday) . The local timezone is named " Europe/Helsinki " with a UTC offset of 2 hours. Depending on your flexibility, these larger cities might be interesting for you: Riga, Pskov, Tartu, Tallinn, and Vahikkala. When in this area, you might want to check out Riga . We found some clip posted online . Scroll down to see the most favourite one or select the video collection in the navigation. Are you looking for some initial hints on what might be interesting in Tervakoski ? We have collected some references on our attractions page.

Clips from the Swimtrek Finnish Midnight Sun adventure in 2009. Mariia, Petri and Sakari Yrjö-Koskinen are hosts to some of the finest outdoor swimming. Most people don't realise the lakes are 22 degr ..

Time-lapse movie of the traffic in highway A3 between Riihimaki and Hyvinkaa (Finland) made by Canon Ixus 700 using CHDK and time-lapse script, no sound. 1000 km/h! ..

On way to Helsinki, at motorway between Tampere to Helsinki. This part was between Hämeenlinna to onward. Camera was having slight zoom on. Camera also has smooth scroll on, so movements might seem to ..

Puuhamaa is an amusement park opened in 1984 in the village of Tervakoski, in the municipality of Janakkala, Finland. Instead of electrical rides, it mainly offers things to do for children: slides and waterslides, bouncy castles, race tracks, etc. It also has a minigolf course and a video arcade. Its attendance peaks at roughly 5,000 children a day. The park has an entrance fee, but all its features are free.

Hakoinen Castle (Hakoisten linnavuori in Finnish) are the ruins of a fortification on a hill in Janakkala, Finland. Dated medieval, the fortification was situated on a very steep rock by lake Kernaala (Kernaalanjärvi) reminiscent of a hill fort tradition. The top of the rock is 63 metres above the water level in the lake. Today very little remains of the castle. Equally little is known about its origins.

Riihimäki railway station is located in the town of Riihimäki, Finland.

Turenki is a densely populated community in Janakkala, Finland. The population is some 8,000 people. It's said that Turenki is translated from Turinge, Thuring or Turängi.

Loppijärvi is a lake in Finland. It is situated in the municipality of Loppi in the Tavastia Proper region. The lake is part of Kokemäenjoki basin and it drains through Tervajoki River into Lake Kernaalanjärvi which in its turn drains into Lake Vanajavesi through Hiidenjoki River. 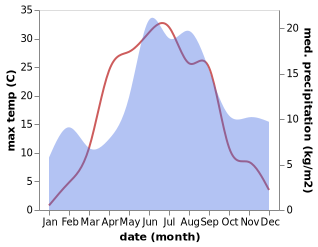