Nokia in the region of Province of Western Finland with its 28,676 habitants is a town located in Finland - some 102 mi or ( 164 km ) North-West of Helsinki , the country's capital .

Local time in Nokia is now 09:44 PM (Wednesday) . The local timezone is named " Europe/Helsinki " with a UTC offset of 2 hours. Depending on your flexibility, these larger cities might be interesting for you: Tartu, Tallinn, Ylöjärvi, Vihola, and Vesilahti. When in this area, you might want to check out Tartu . We found some clip posted online . Scroll down to see the most favourite one or select the video collection in the navigation. Are you looking for some initial hints on what might be interesting in Nokia ? We have collected some references on our attractions page.

This redesigned course was really fun to play. Especially holes 3 to 6. There's great variety of different holes and You gonna need all kind of throws to get through this. A little trivia: Nokia is sm ..

Nokian lukio (Nokia Senior High School) is a school located in the town of Nokia, Finland. There are about 415 students and 30 teachers. A principal of the school is Juha Sainio. The school was founded in Ladoga Karelia in the year 1919 as the local school in the town of Jaakkima (Jaakkiman yhteiskoulu). The school's work in Jaakkima was interrupted by the Winter War and the school was evacuated March 3, 1940. The school of Jaakkima relocated to Nokia later in 1940.

Pyhäjärvi is a lake in southern Finland. Although the name means in modern Finnish "holy lake", it probably meant originally "border lake". Pyhäjärvi is shaped like the letter "C" with the cities of Tampere and Nokia on the northern end, and town of Lempäälä at the southern end. The lake is fed by the water running through the Tammerkoski rapids in the center of Tampere in the north, and by the waters from lake Vanajavesi in the south.

Viikinsaari is an island located in the lake Pyhäjärvi belonging to the City of Tampere, Finland. The island is a popular nature resort and an outdoor recreation area, attracting visitors all year round. In the summertime there is a boat connection to the island from the Laukontori harbour. In winter, the island can be reached by walking or skiing.

Lielahti (Lielax in Swedish) is a suburb in the city of Tampere (Tammerfors), Finland with important industrial and commercial facilities. Lielahti was annexed to the city in 1950 from Ylöjärvi parish. Lielahti lies about 7 kilometres west from the city centre. The most prominent sight when arriving Lielahti is maybe the M-real pulp mill, which can sometimes also be sensed nasally. 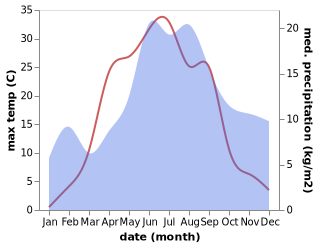