Halikko in the region of Province of Western Finland with its 9,344 habitants is a town located in Finland - some 65 mi or ( 105 km ) West of Helsinki , the country's capital .

Local time in Halikko is now 12:02 PM (Friday) . The local timezone is named " Europe/Helsinki " with a UTC offset of 2 hours. Depending on your flexibility, these larger cities might be interesting for you: Riga, Tartu, Tallinn, Ylöjärvi, and Villila. When in this area, you might want to check out Riga . We found some clip posted online . Scroll down to see the most favourite one or select the video collection in the navigation. Are you looking for some initial hints on what might be interesting in Halikko ? We have collected some references on our attractions page.

Salo Railway Station. Salo is a small city (population around 22.000) about 50 km. east of Turku and 110 km west of Helsinki. Salo has a big Nokia production plant. Salo is one of the station where tr ..

Halikko is a former municipality of Finland that existed until December 31, 2008. On January 1, 2009 the municipality was merged with the larger neighboring Salo. Before the merge Halikko had become a rapidly urbanizing rural area. It was located in the province of Western Finland and was part of the Finland Proper region. The municipality had a population of 9,491 (2004-12-31) and covered an area of 357.31 km² (excluding sea) of which 0.52 km² was inland water.

Halikko Church is an Evangelical Lutheran church in Halikko, Finland. The first parts of the church were built in 13th century, and Halikko Church is one of the 73 medieval stone churches of Finland.

Salo railway station is located in the town of Salo in the Finland Proper region, Finland. All passenger trains between Helsinki and Turku stop at Salo, and the station also serves cargo traffic. About 320 thousand passengers use the station every year. Inside the station, there is one automatic ticket vending machine. The station has three elevated platforms for passenger traffic, and for going underneath the tracks, there is a tunnel, with exits by stairs and elevator.

Uskelanjoki is a river of Finland. It flows into the Archipelago Sea through the town of Salo. The course of the river follows a large, NE–SW oriented bedrock fracture line which begins from the river estuary in Halikonlahti bay and goes up through the lower reaches of the river and its tributary Terttilänjoki in north. Other tributaries of Uskelanjoki are Rekijoki and Hitolanjoki in north, Kurajoki in Pertteli and Vähäjoki near Salo. 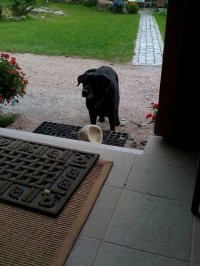 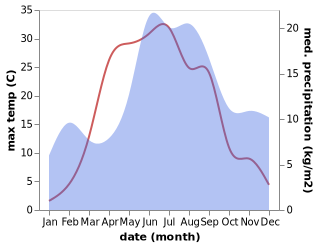