Delve into Hämeenkyrö in Finland

Hämeenkyrö in the region of Province of Western Finland with its 9,996 residents is a city in Finland - some 117 mi or ( 189 km ) North-West of Helsinki , the country's capital .

Current time in Hämeenkyrö is now 01:46 AM (Wednesday) . The local timezone is named " Europe/Helsinki " with a UTC offset of 2 hours. Depending on your travel modalities, these larger destinations might be interesting for you: Tartu, Tallinn, Ylöjärvi, Viljakkala, and Vanaja. While being here, make sure to check out Tartu . We encountered some video on the web . Scroll down to see the most favourite one or select the video collection in the navigation. Are you curious about the possible sightsseing spots and facts in Hämeenkyrö ? We have collected some references on our attractions page.

Introduction to the world of Arteles Creative Center. Discover the next level and get involved. www.arteles.org ..

The Journey and the Road... Made by Maija and me, music by Sigur Rós. ..

Uskela is a former municipality of Finland. It was merged to Salo in 1967. Uskela was the oldest congregation of its region; it was formed in the 12th century. Surrounding municipalities were divided from Uskela. The last one was Salo as a market town in 1887. In 1967 Uskela and part of Halikko were merged to rapidly growing Salo which needed more area.

Viljakkala is a former municipality of Finland. It was located in the province of Western Finland and was part of the Pirkanmaa region. The municipality had a population of 2,043 (2003) and covered an area of 224.70 km² of which 24.61 km² was water. The population density was 10.2 inhabitants per km². Viljakkala was consolidated with Ylöjärvi on January 1, 2007. The municipality was unilingually Finnish.

Kyrösjärvi is a lake in Finland. It is situated in the municipalities of Ikaalinen, Hämeenkyrö and Ylöjärvi in the Pirkanmaa region in western Finland. The lake is part of the Kokemäenjoki basin and it drains trough a chain of lakes into the lake Kulovesi in the south.

Mouhijärvi is a former municipality of Finland, located in the southwestern part of the country. It was an agricultural village since the 18th century. On 1 January 2009 Mouhijärvi was consolidated with the municipalities of Vammala and Äetsä, to form a new town named Sastamala.

Kulovesi is a lake in Finland. It is situated in the area of the towns Nokia and Sastamala in the Pirkanmaa region. The lake is part of the Kokemäenjoki basin. The lake Pyhäjärvi drains through the Nokianvirta River into the Lake Kulovesi from the west and the lake Kyrösjärvi through a chain of lakes and the Siuronkoski rapids from the north. The lake gathers waters from an area of 20 822 km² that includes the whole upper part of the Kokemäenjoki basin. 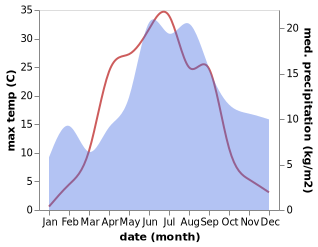