Nurmo in the region of Province of Western Finland with its 11,908 citizens is a city located in Finland - some 196 mi or ( 315 km ) North of Helsinki , the country's capital city .

Time in Nurmo is now 08:03 PM (Friday) . The local timezone is named " Europe/Helsinki " with a UTC offset of 2 hours. Depending on your travel resources, these more prominent places might be interesting for you: Tallinn, Ylöjärvi, Virrat, Viemero, and Tyniala. Being here already, consider visiting Tallinn . We collected some hobby film on the internet . Scroll down to see the most favourite one or select the video collection in the navigation. Check out our recomendations for Nurmo ? We have collected some references on our attractions page.

GALLOWS - London Is The Reason live @ Provinssirock, Seinäjoki Finland 19.6.2010 Frank Carter in the crowd with us! Good quality! ..

Live at Törnävänsaari, Seinäjoki -city, Finland. Second track from Minutes to midnight-album. Good quality, but not so good filming. Enjoy! ..

Video clip from the railway station of Seinäjoki / Finland (May 2008) plus early short movie classic "The Arrival of a Train at La Ciotat Station" by Lumiere brothers (1895) with a great music by Shig ..

Nurmo is a former municipality of Finland. It was consolidated, together with Ylistaro to Seinäjoki in 1 January 2009. It is located in the province of Western Finland and is part of the Southern Ostrobothnia region. The municipality had a population of 12,378 (15 April 2007) and covered an area of 361.90 km of which 14.54 km is water. The population density was 33.0 inhabitants per km². The municipality was unilingually Finnish.

The Seinäjoki railway station is located in the centre of city of Seinäjoki, Finland, at Valtionkatu 1. The current station building was built in the 1970s, and it is located in the same building as the bus station. In the 2000s, the building was renovated as a modern travel centre. Seinäjoki is a significant crossing point, with connections toward Haapamäki, Helsinki, Vaasa and Oulu. The track to Kaskinen only has cargo traffic nowadays.

The Lapua Cathedral is a church in Lapua, Finland, and the seat of the Diocese of Lapua. The neoclassical cathedral was designed by Carl Ludvig Engel and built in 1827. The cathedral's pipe organ is the largest in Finland. 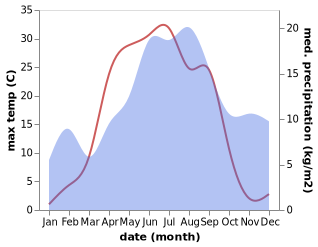