Säynätsalo in the region of Province of Western Finland with its 3,322 inhabitants is a place in Finland - some 138 mi or ( 223 km ) North of Helsinki , the country's capital city .

Time in Säynätsalo is now 09:13 AM (Wednesday) . The local timezone is named " Europe/Helsinki " with a UTC offset of 2 hours. Depending on your budget, these more prominent locations might be interesting for you: Tallinn, Vaajakoski, Tikka, Tampere, and Säynätsalo. Since you are here already, consider visiting Tallinn . We saw some hobby film on the internet . Scroll down to see the most favourite one or select the video collection in the navigation. Where to go and what to see in Säynätsalo ? We have collected some references on our attractions page.

This Bug works only with short character's (no draenei) Patch 4.3.0 Map patch is no longer available. ..

The Säynätsalo Town Hall is a multifunction building complex – town hall, shops, library and flats – designed by Finnish architect Alvar Aalto for the municipality of Säynätsalo (merged with the municipality of Jyväskylä in 1993) in Central Finland. Aalto received the commission after a design contest in 1949, and the building was completed in December 1951.

Ristikivi is a district of Jyväskylä, Finland. It is located on a peninsula of the Lake Päijänne.

TV-Mast Jyväskylä is a mast in Taka-Keljo, Jyväskylä, Finland. It has a height of 322 metres and it was built in 1994.

The Agora Center is a separate institute at the University of Jyväskylä in Central Finland. By its nature, the Agora Center is interdisciplinary and networked. Its purpose is to conduct, coordinate, and administrate top-level research and development that relates to the knowledge society and which places emphasis on the human perspective.

Kuokkala Bridge is a bridge in Jyväskylä, Finland over the lake Jyväsjärvi. When the city of Jyväskylä expanded into Kuokkala, the eastern part of the town, it was deemed necessary to link the city centre to the new neighbourhood through a new bridge. During the summer of 1977, three main options were considered: a continuation at the bottom of Vaasankatu to Kylmänoro, and two different paths from the southernmost edge of Lutakko, to Ainola and Peltoniemi. 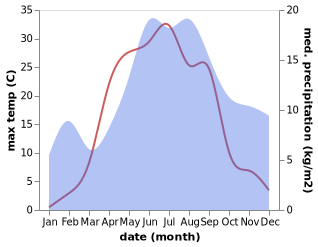