Marianka in the region of Slovakia (general) is a town in Slovakia - some 7 mi or ( 12 km ) North of Bratislava , the country's capital city .

Current time in Marianka is now 12:16 PM (Wednesday) . The local timezone is named " Europe/Bratislava " with a UTC offset of 1 hours. Depending on the availability of means of transportation, these more prominent locations might be interesting for you: Warsaw, Belgrade, Vienna, Kittsee, and Hainburg an der Donau. Since you are here already, make sure to check out Warsaw . We saw some video on the web . Scroll down to see the most favourite one or select the video collection in the navigation. Where to go and what to see in Marianka ? We have collected some references on our attractions page.

So anyway we just received this movie from [ru] KeD0, I love Noir York. We all know that New York is one of the biggest cities in the world, with a lot of atmosphere, architecture and feeling. This is ..

Bratislava IV is an okres (district) of Bratislava in the Bratislava Region of Slovakia. It covers the north-western parts of Bratislava, including the boroughs of Devín, Devínska Nová Ves, Dúbravka, Karlova Ves, Lamač and Záhorská Bystrica.

Borinka is a village and municipality in western Slovakia in Malacky District in the Bratislava Region, at the foothills of the Little Carpathians, best known for the Pajštún Castle, but it is also area with a lots of week-end houses .

Bratislavský lesný park or Bratislava Forest Park is a forest park (actually a forest) in Bratislava, the capital of Slovakia, located in the foothills of the Little Carpathians. Officially, it is part of numerous boroughs of Bratislava: Dúbravka, Karlova Ves, Záhorská Bystrica, Vinohrady, Old Town, New Town and Rača.

The Battle of Lamacs was the last battle fought in the Austro-Prussian War, on 22 July 1866 (on the day of the conclusion of peace), with the Austrians defending against the Prussian army.

The Kamzík TV Tower is a 200 metre tall television transmission tower in the Koliba area of Bratislava, the capital of Slovakia. It sits 433 m AMSL on the Kamzík hill, part of the Little Carpathians, overlooking much of the city. The tower lies within the territory of the Bratislava Forest Park. It was constructed in 1975, replacing the old transmission tower. 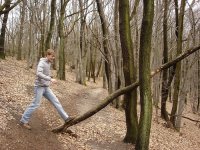 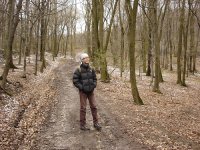 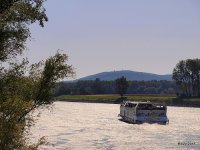 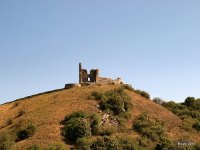 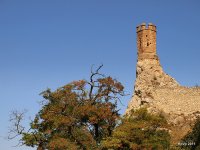 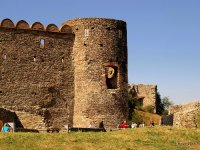 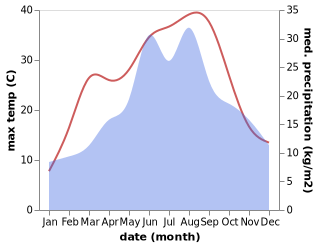