You are here: » » » Pietermaritzburg

Pietermaritzburg in the region of KwaZulu-Natal with its 750,845 habitants is a town located in South Africa - some 300 mi or ( 482 km ) South-East of Pretoria , the country's capital .

Local time in Pietermaritzburg is now 10:12 PM (Friday) . The local timezone is named " Africa/Johannesburg " with a UTC offset of 2 hours. Depending on your flexibility, these larger cities might be interesting for you: Qacha's Nek, Mokhotlong, Maseru, Mbabane, and Thornville. When in this area, you might want to check out Qacha's Nek . We found some clip posted online . Scroll down to see the most favourite one or select the video collection in the navigation. Are you looking for some initial hints on what might be interesting in Pietermaritzburg ? We have collected some references on our attractions page.

We visited La Petite France to film their camembert and brie cheese making process as part of our Real Food Trip across South Africa in 2012. FoodWithAStory.co.za ..

City lights from around the world. ..

Harry Gwala Stadium is a multi-use stadium in Pietermaritzburg, South Africa. It is currently used mostly for football matches and is the home ground of Premier Soccer League club Maritzburg United. In 2008 the stadium had a capacity of 10,000, but around September 2009 it was upgraded to 12,000 seats. The reason for this, was an urgent need for more high capacity stadiums in the region, particular being requested as part of the upcoming 2010 FIFA World Cup.

City Oval is a multi-purpose stadium in Pietermaritzburg, South Africa. It is currently used mostly for cricket matches and hosted two matches during the 2003 Cricket World Cup. The stadium has a capacity of 12,000 people. It has a tree within the boundary ropes, similar to St Lawrence Ground, Canterbury.

Shuter House is situated at 381 Langalibalele Street (Longmarket Street) in Pietermaritzburg, KwaZulu-Natal South Africa and designed by the well-known architect Phillip Dudgeon who also designed The Old Durban Town Hall. The building was declared a National Monument (now known as a heritage landmark) on 16 September 1988 Shuter House is a single-story building with a pyramid roof.

The Pietermaritzburg tramway network formed part of the public transport system in Pietermaritzburg, South Africa, for just over 32 years in the first half of the 20th century. 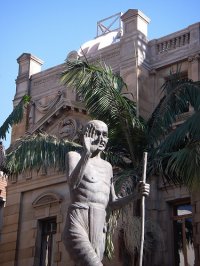 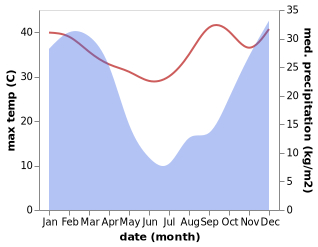