Current time in Gualchos is now 02:56 PM (Monday) . The local timezone is named " Europe/Madrid " with a UTC offset of 1 hours. Depending on the availability of means of transportation, these more prominent locations might be interesting for you: Vélez-Málaga, Velez de Benaudalla, Sorvilan, Polopos, and Motril. Since you are here already, make sure to check out Vélez-Málaga . We encountered some video on the web . Scroll down to see the most favourite one or select the video collection in the navigation. Where to go and what to see in Gualchos ? We have collected some references on our attractions page.

Impression of our Spanish Retreat. Enjoy the stillness, and ''Just Be''. ..

Update on the construction of one of the final links of the E7 coastal motorway behind La Mamola in the Granada province of Andalucia, on the beautiful and traditional Costa Tropical region of Souther ..

More reading: Wikipedia Article
Located at 36.79 -3.40 (Lat./Long.); Less than 5 km away
Tags: Populated places in the Province of Granada

Rubite is a municipality located in the province of Granada, Spain. According to the 2004 census, the village had a population of 492 inhabitants.

Vélez de Benaudalla is a municipality located in the province of Granada, Spain. According to the 2008 census, the city has a population of 2980 inhabitants. Recently residents of the town had the good fortune to take part in a large win on the lottery.

Torvizcón is a municipality located in the province of Granada, Spain. According to the 2005 census, the village has a population of 795 inhabitants. 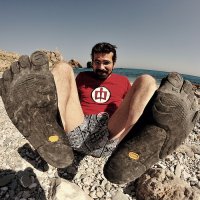