Current time in Saltukova is now 09:09 PM (Sunday) . The local timezone is named " Europe/Istanbul " with a UTC offset of 2 hours. Depending on the availability of means of transportation, these more prominent locations might be interesting for you: Ankara, Simferopol, Sevastopol, Zonguldak, and Cakallar. Since you are here already, make sure to check out Ankara . We saw some video on the web . Scroll down to see the most favourite one or select the video collection in the navigation. Where to go and what to see in Saltukova ? We have collected some references on our attractions page.

Saltukova is a town in Çaycuma district of Zonguldak Province, Turkey. It is situated between the two ranges of mountains which run parallel to Black Sea. At {{#invoke:Coordinates|coord}}{{#coordinates:41|31|N|32|06|E||| | |name= }} it is 15 kilometres north of Çaycuma and 45 kilometres east of Zonguldak. The population of Saltukova is 3886 as of 2010. The name of the town was mentioned in a 16th century Ottoman documents as Arz'ı Saltuk or Saltukeli.

Büyükkızılkum is a village in the District of Bartın, Bartın Province, Turkey. As of 2010 it had a population of 400 people.

Küçükkızılkum is a village in the District of Bartın, Bartın Province, Turkey. As of 2010 it had a population of 437 people.

Filyos is a town in Çaycuma district of Zonguldak Province, Turkey. It is a coastal town of Black Sea at {{#invoke:Coordinates|coord}}{{#coordinates:41|33|N|32|01|E||| | |name= }} situated at the mouth of the Filyos River. It is 18 kilometres to Çaycuma. The population of the town is 5559 as of 2010. In the ancient history the town was known as Billaios meaning water passage. Another name of the town was Tieion referring to the founder of the town.

The Filyos River is a river in northern Turkey. The longest branch of the Filyos is formed near Karabük by several tributaries. It flows to the west through a deep canyon past Yenice. Just north of Devrek, it is joined by major branches flowing from the south and southwest, and then flows north past Beycuma and Çaycuma to reach the Black Sea. The mouth of the river is just east of the modern town of Filyos, in Zonguldak Province. 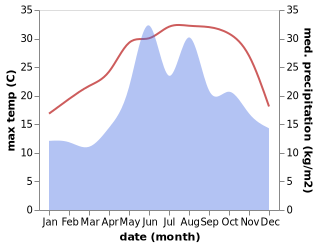