Local time in Waialua is now 07:03 PM (Friday) . The local timezone is named " Pacific/Honolulu " with a UTC offset of -10 hours. Depending on your flexibility, these larger cities might be interesting for you: Lihue, Ma'ili, Makaha, Makaha Valley, and Mililani Town. When in this area, you might want to check out Lihue . We found some clip posted online . Scroll down to see the most favourite one or select the video collection in the navigation. Are you looking for some initial hints on what might be interesting in Waialua ? We have collected some references on our attractions page.

sport-fishing-hawaii.com Charter fishing in Hawaii offers an experience of a lifetime. North Shore Sportfishing LLC with Captain Mark on the GrandSlam out of Haleiwa harbor on the North Shore of Oahu ..

sport-fishing-hawaii.com Charter fishing in Hawaii offers an experience of a lifetime. North Shore Sportfishing LLC out of Haleiwa harbor on the North Shore of Oahu offers an aventure for all ages. Ov ..

pizzatherapy.com Pizza Therapy is all about promoting pizza. You can learn to make pizza and dough. Discover some of the best pizza in the world. This video was recorded on the North Shore of Oahu. Pi ..

Mokulēʻia is a North Shore community and census-designated place (CDP) in the Waialua District on the island of Oʻahu, City & County of Honolulu, Hawaiʻi, United States. Mokulēʻia means "isle (of) abundance" in Hawaiian. As of the 2010 Census, the CDP had a population of 1,811. Features of interest here include Mokulēʻia Beach, Mokulēʻia Polo Field, and Dillingham Airfield located west of the town.

The Anahulu River (also called Anahulu Stream) is the longest watercourse on the island of O'ahu in the U.S. state of Hawai'i. It is 7.1 miles long.

Haleiwa Fighter Strip was a military airfield located on Oahu, Hawaii. It was used as part of the island's defense in World War II.

Dillingham Airfield is a public and military use airport located two nautical miles west of the central business district of Mokulēʻia, in Honolulu County on the North Shore of Oʻahu in the U.S. state of Hawaii. It is operated by the Hawaii Department of Transportation under a 25-year lease from the United States Army. The airport is primarily used for gliding and sky diving operations. Military operations consist largely of night operations for night vision device training. 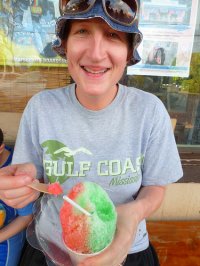 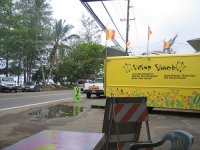 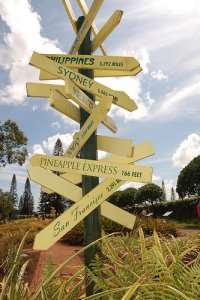 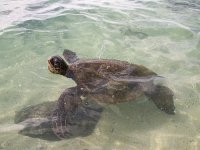 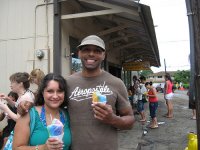