Delve into Sakyla in Finland

Sakyla in the region of Province of Western Finland with its 4,870 residents is a city in Finland - some 107 mi or ( 171 km ) North-West of Helsinki , the country's capital .

Current time in Sakyla is now 01:54 AM (Thursday) . The local timezone is named " Europe/Helsinki " with a UTC offset of 2 hours. Depending on your travel modalities, these larger destinations might be interesting for you: Tallinn, Yttila, Ylöjärvi, Ylane, and Uusikaupunki. While being here, make sure to check out Tallinn . We encountered some video on the web . Scroll down to see the most favourite one or select the video collection in the navigation. Are you curious about the possible sightsseing spots and facts in Sakyla ? We have collected some references on our attractions page.

Pyhäjärvi is a lake in Finland. It is the largest lake in the southwestern Finland and is notable for having relatively few islands. Although the lake is eutrophicated, it is considered a good fishing lake.

Köyliönjärvi (Lake Köyliö) is a lake in Köyliö, Finland. Saint Henry was allegedly murdered on the ice of the lake in the mid-12th century. The lake and its surroundings are classified as a nationally valuable landscape by the government. The area has been inhabited continuously since the Iron Age.

Kirkkokari (the Church Islet) is a small island in the Lake Köyliö in Köyliö municipality in Satakunta, Finland. It is the only Roman Catholic pilgrimage site in Finland and one of the few in Nordic countries. The 0,30 hectare islet is also called as the Saint Henry's Island. According to an old legend, Saint Henry was murdered on the ice of Lake Köyliö nearby Kirkkokari in january 1156. During the 13th century the island became a pilgrimage site for Catholics.

Yläne is a former municipality of Finland. It was consolidated to Pöytyä on 1 January 2009. It is located in the province of Western Finland and is part of the Finland Proper region. The municipality had a population of 2,119 (2004-12-31) and covered an area of 364.76 km² of which 21.99 km² is water. The population density was 6.18 inhabitants per km². The municipality was unilingually Finnish. 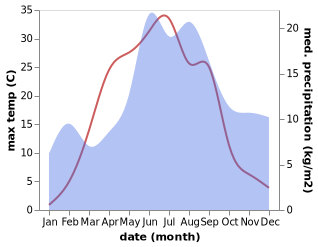