Nehusha in the region of Jerusalem District is a town located in Israel - some 309 mi or ( 498 km ) South-East of Jerusalem , the country's capital .

Local time in Nehusha is now 06:28 AM (Tuesday) . The local timezone is named " Asia/Jerusalem " with a UTC offset of 2 hours. Depending on your flexibility, these larger cities might be interesting for you: Nicosia, Damascus, Amman, Tyre, and Beirut. When in this area, you might want to check out Nicosia . We found some clip posted online . Scroll down to see the most favourite one or select the video collection in the navigation. Are you looking for some initial hints on what might be interesting in Nehusha ? We have collected some references on our attractions page.

poor sound quality , was too close to the loudspeakers ..

Hebron, the Tomb of the Patriarchs

poor sound quality , was too close to the loudspeakers ..

Beit Guvrin is a kibbutz in the Lakhish region, west of the ancient city of Beit Guvrin, for which it is named. It belongs to Yoav Regional Council. It is about 14 km east of Kiryat Gat, the nearest city. Its area is about 20,000 dunams. Beit Guvrin was founded in 1949 by people who left the Palmach, on the land of the depopulated Palestinian Arab village Beit Jibrin, whose residents fled after a military assault by Jewish forces during the 1948 Arab-Israeli War.

Adullam is a region of Israel near the Valley of Elah (to the south of Bet Shemesh), west of Gush Etzion. The villages of Aderet, Neve Michael/Roglit, and Aviezer are located here. In the 1950s there were plans to set up Adullam as a formal political/economic region, on the model of Lachish, but the plans were not carried out.

The Battle of Ajnadayn, fought on July 30, 634, south of Beit Shemesh in present day Israel, was the first major pitched battle between the Eastern Roman Empire (or Byzantine) and the army of the Arabic Rashidun Caliphate. The result of the battle was a decisive Muslim victory. The details of this battle are mostly known through Muslim sources, such as Al-Waqidi.

Yoav Regional Council is a regional council in the South District of Israel. It is located near the cities of Kiryat Gat, Kiryat Malakhi and Ashkelon. It was founded in 1952, it covers an area of 230,000 dunams (230 km), and its population is about 5,300. The council is named after Yitzhak Dubnov, who was nicknamed "Yoav", and who fell while defending Negba in the Israeli War of Independence. Operation Yoav and Metzudat Yoav, which is located in the council's area, are also named after him. 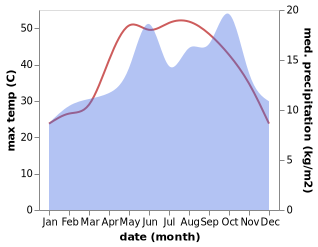